Replace the grand Overlook Hotel in the mountains of Colorado with my not so grand house at 601 Clark St in the snowy fields of Iowa. Add another kid, two dogs and a cat to the Torrance family and you'd have the makings of "The Shining".

As I laid in bed last night unable to sleep, I started to see the correlations. Oddly enough I couldn't identify with the female lead, rather I was feeling sympathy for Jack Nicholson's character Jack Torrance. The terrible isolation that he endured and that eventually drove him to unspeakable acts. I understood. After being held prisoner in my own home for what felt like an entire winter (but was really only one day) I was feeling sympathy for poor Jack. 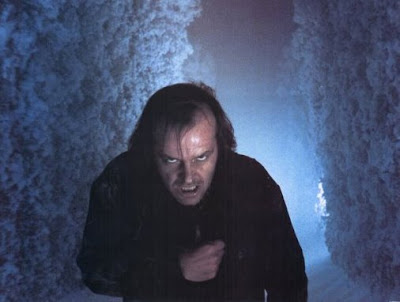 Yesterday seemed to stretch on forever. Why is it in the middle of the summer I will actually plan entire weekends with the goal of not leaving my house, but in the dead of winter staying in the house for even one day brings me to tears? I should tell you a nice young man from down the road did kindly offer to drive his "big cat" 12 miles just to get me and take me back to Mo's. I declined after getting a vision of Lloyd and Harry on their moped! 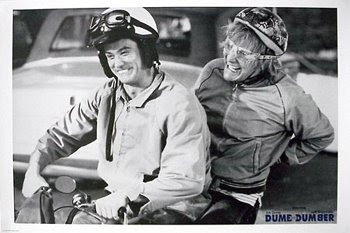 Posted by Unknown at 4:14 PM
Email ThisBlogThis!Share to TwitterShare to FacebookShare to Pinterest
Labels: random thoughts