Stockholm Syndrome: Describes the behavior of kidnap victims who, over time, become sympathetic to their captors.

For the past few weeks, literally, every time I go into the tv room tom is watching a show called Top Gear on the BBC. I asked him mid last weekend how many episodes he had on the DVR (hoping for an end in sight) and he estimated it at 60. "No wait I watched two today so 58." At first I was annoyed. Over and over this show played while I worked on the laptop or tried to read a book. Over and over I said "can't we watch something else?" "I can't even understand them."

And then one day I found myself giggling at something I had overheard on Top Gear. Then I would occasionally find myself actually watching bits and pieces of the show. Today I actually said to Tom "no wait, rewind that so I can see it again".  I can only attribute this to Stockholm's Syndrome.

Last night we watched Jeremy Clarkson driving a Ferrari 599 GTO:
Reviving the GTO name on a road car? “Thats brave” Jeremy says. “Is like calling your
infant son Jesus, you need to be fairly sure that he is going to grow up into something
special. Not a burglar”

As I blog Tom's playing the episode that chronicles their trip to Bethlehem. Terribly irreverent but incredibly funny. There is a lot of online buzz about how upset people were over this episode. Something about Stig being portrayed as the Holy infant. We haven't gotten that far so I won't comment on that, yet.

You know I can't resist funny. I'm in love with Jeremy Clarkson! 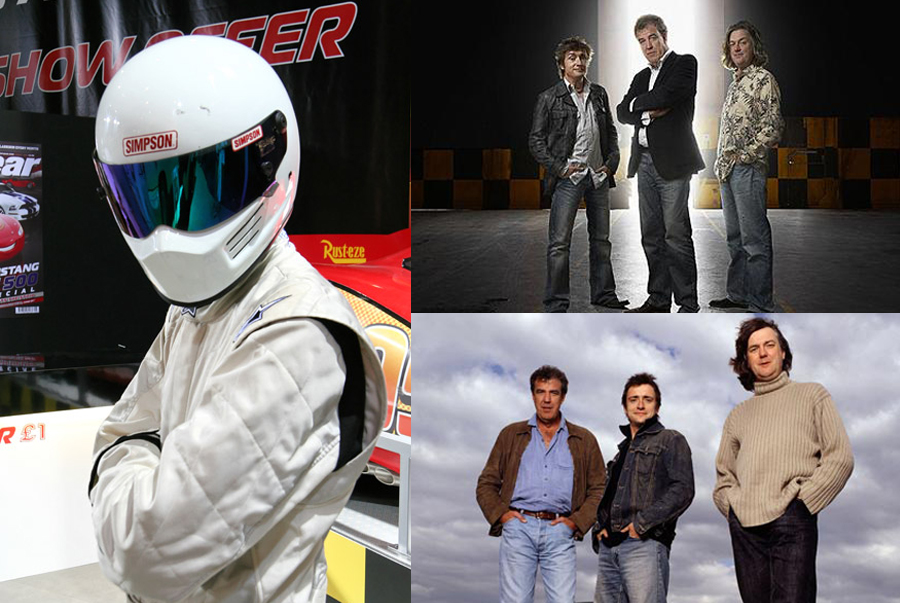 Posted by Unknown at 10:37 AM
Email ThisBlogThis!Share to TwitterShare to FacebookShare to Pinterest
Labels: random thoughts

We watched the season of the American version. Rutledge sold his Lexus for $1 and a Members only coat!